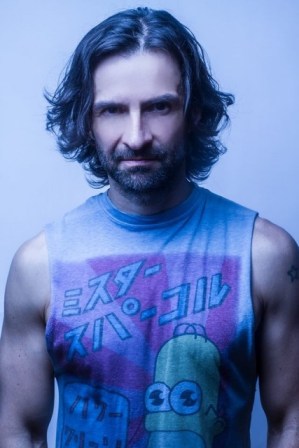 I started my journey near Saint-Germain-En-Laye, a suburb of Paris. At 15, obsessed with both storytelling and technology, I set out to design a computer-based adventure game that I self-published with my brother. A few years later, I followed my passion for everything cinema by enrolling at ESEC, a renowned film school in Paris. Shortly after completing the program, I was offered a job at Cryo Interactive, a leading French multimedia company, where I specialized in developing projects based on TV, film and comic book properties as a producer/designer.

I moved to Oregon in 1997 to take a job with Dark Horse Comics and finally to Los Angeles where I am now actively pursuing a career in film with one goal: create breathtaking, emotionally involving and narratively epic entertainment.